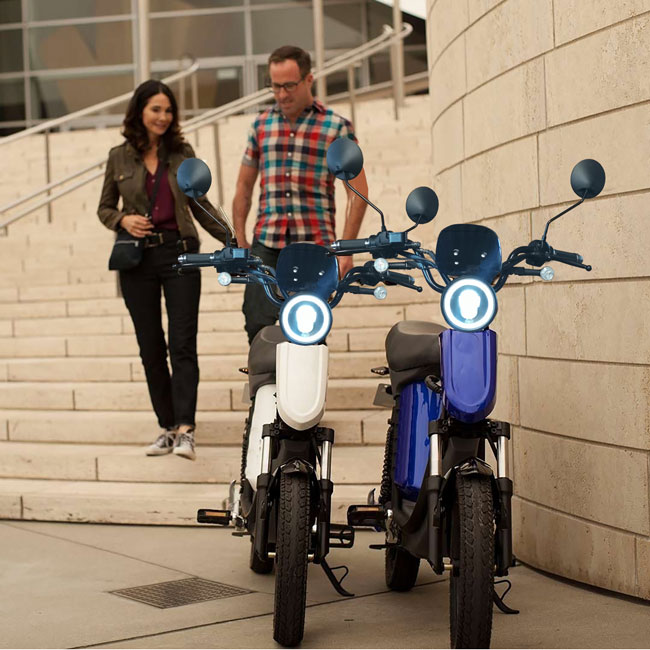 Why did you design custom mobility scooters?

As a designer and manufacturer of two-wheel vehicles for 20 years.

We recognized most models were not really designed for the heavier body shape of the less athletic or older generation.
Or for senior’s or people with knee or Hip problems that restrict walking, it seemed the choice was three or four-wheel mobility style scooters.
There was not much available between, two wheel electric bikes and traditional three or four wheel mobility scooters.
“Even though people are getting older, most do not see themselves using these just to get outdoors.”

We began working on electric bikes, but we found, they just did not seem to be designed for comfort and ease of use.
Especially if you have knee or hip problems.
The ride was hard with the suspension seemingly geared towards athletic people with performance important rather than comfort.
The seats were uncomfortable for anyone who is slightly larger in stature, after 10 minutes it was is numb backside time.

From our experience we thought the answer must be somewhere between an electric bike and an electric moped.
We spoke to many people who would like to be able to be outdoors,
Many were restricted with hip and knee problems using a bike is difficult because of the top bar is not easy to get your leg over.
We studied some moped-style bikes coming out with wider seats and some suspension, but they also had a bar that required lifting your leg over the bar, so this also limited the usefulness.

Finally we decided to customize our existing Moped.

In 2015 we designed a moped-style bike with all the safety of a moped but with functioning pedals that you could use to get some exercise if required.
The model is easy to get on and off, easy to touch the ground when stationary, with a wide seat so  NO numb Backside. and full suspension

The models proved popular in the U.S.A. especially for younger people, but we found we would need to customize it as there were still some issues for older people or people with health related mobility problems.

The issues with the existing model !

The battery was Silicon Gel, which although good value for money is slightly heavy for the older generation.
Another big issue was the learning curve riding an electric-assist pedal bike.
Many people have not ridden a bike for many years.
This model was just too powerful to make it easy to control while relearning.
We got feedback that pedaling which is ineffective at a higher speed.
When the rider wanted some exercise by pedaling it was not easy to balance the use of the pedals and the motor.

The feedback that gave us an in depth explanation of the problem.

We got some great feedback from an existing customer that explained the problem in detail .  (since it was confidential we will not use his name)

Lets call him Jim, he is a senior who’s wife liked to take the dog for a walk.
Previously they did this together, but when he walked too far Jim had problems with his knee.
They looked at all the possibilities, but the thought of a traditional mobility scooter made him cringe.
He looked at many bikes but found them hard to get on and off. He bought one of our Evolts version 2 bikes but found it difficult to control at slow speed. He wants to just ride along at 3-4 miles per hour and talk to his wife as she walked the dog just like they used to do.

He also wanted to have more control while he was re-learning to ride.
It was nearly 30 years since the last time, he was on a two wheeler. He found the power made him nervous, but didn’t want to tell his wife that it was a challenge.
He said once he was riding he also found the speedometer a little difficult to read.
While he was happy with the bike overall he said as a senior there were a few things that would make it easier.
He was now getting confident enough to go to the local shop for some small items rather than getting in the car.
Finally he told us they were discussing buying another unit for his wife to be able to go a little further afield together.
But he felt the power and speed may make it more difficult for his wife to learn to ride it.

Being a senior citizen myself, I decided to design a new design two wheel custom mobility scooter that I could test myself.
One that anyone could ride every day in comfort was easy to learn how to ride and control in different environments.

This led to the 2 wheel custom mobility scooters Evolts O3 Series. So what’s different from the standard one.

We set the criterion as follows.

Armed with this information we set about making these changes.

The development cycle for the 2 wheel electric mobility scooters.

We began with the battery, while the battery can be recharged on the bike, it has a removable battery.  Instead of the Silicon Gel battery which is  24lb, we specified a Lithium Battery which is light around 10lb so it is easy to remove when not in use.

We fitted a new LED speedometer which shows larger battery capacity image making it easier to read than the previous model.

Most importantly we produced a new three-speed controller, this enables the use of different speeds and power.

Setting one: set to approx. 5 MPH, while you are learning to ride again this is great to keep the bike under control. It has a decreased throttle response is to make it easier to control using this setting.
Once you are confident this setting allows people to pedal along with the bike at about 50/50% to get some exercise without straining themselves.

This setting also makes it easy to ride with someone walking next to you and adjust the speed with the pedals or the throttle, without the fear of taking off too fast. It’s also helpful in public areas where restricted speed is necessary.
Setting Two is set to about 10mph. Again once you get used to the bike you can increase the speed gradually, it is also useful in some public areas or in neighborhoods or communities that require you to ride at slower speeds.
Setting three is 20mph or full power, after you have been riding for a while or going up hills there are occasions you want full power.

With the addition of the three-speed we reinforced the existing safety features, such as Hydraulic Disk front brake, horn to warn people you are approaching.
Making this bike perfect for people wanting the freedom to getting outdoors.
easy to get on and off even if they are restricted by knee or hip problems.

We decided to add additional safety features of a LED daylight running light, we increased the power of the LED headlight low and high beam.
Then finally revised and used new brighter LED Hazard lights front and rear as well as bright LED indicators.

Is it Street Legal?

In most states, no license required, no registration or insurance make it an economically viable method of getting around. With the capacity up to 300lbs, it gives newfound freedom to the senior’s community. (check with the local state regulations to confirm you states requirements)

We have completed the testing and production model of the Evolts O3, two wheel custom mobility scooters to be released for sale in the first quarter of 2020. If you need more information we have a comparison between a traditional electric mobility scooter and the Evolts smart moped Evolts O3.

Electric Mopeds 101. What Are They and are they right for me? 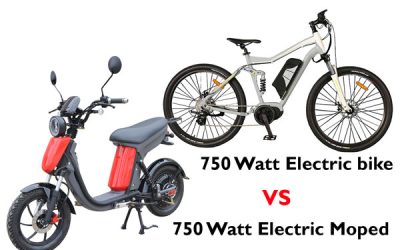 Electric mopeds for adults overcome some limitations of Electric bikes such as comfort, visibility & ease of use. We offer a comparison of the advantages. 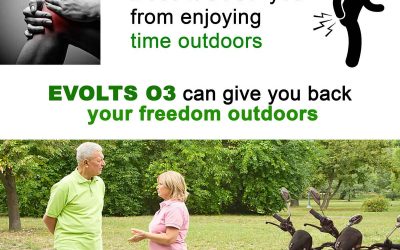 Do you have knee or hip problems or general mobility issues? Here is a comparison of electric mobility scooter vs electric smart moped to help choose

This site uses Akismet to reduce spam. Learn how your comment data is processed.